Serena Williams Saturday, August 25, 2018 gave the reason for wearing a catsuit at the French Open; she said the catsuit helped ease her blood clot problem.

However, the AP also reported she doesn’t have a problem with the French Open’s new dress code, which would bar her from wearing the skin-tight “catsuit”.

The superstar has defused a growing controversy over the “catsuit” she wore at the French Open in June, adding diplomatic skills to her rapidly growing resume as an athlete and role model.

“Everything’s fine, guys,” Williams said on Saturday morning at the US Open, explaining that she had already resolved the issue in a conversation with French Tennis Federation president Bernard Giudicelli.

“He’s been so easy to talk to. My whole team is basically French, so, yeah, we have a wonderful relationship. I’m sure we would come to an understanding and everything will be okay. Yeah, so it wouldn’t be a big deal,” she is quoted as saying.

“When it comes to fashion, you don’t want to be a repeat offender,” she joked on Saturday, according to a report by the Associated Press.

Williams also explained in July that the catsuit made her feel “like a warrior princess kind of queen from Wakanda,” citing the fictional African country featured in Marvel’s Black Panther.

The policing of women’s bodies must end. The “respect” that’s needed is for the exceptional talent ⁦@serenawilliams⁩ brings to the game. Criticizing what she wears to work is where the true disrespect lies. https://www.npr.org/2018/08/24/641549735/one-must-respect-the-game-french-open-bans-serena-williams-catsuit …

The French Tennis Federation’s president reportedly said attire like Williams’ Wakanda-inspired outfit will no longer be accepted. “I think that sometimes we’ve gone too far,” he declared.

Williams wore the catsuit for her opening match at Roland Garros this year, saying it made her feel like a super hero and dedicating it to new mothers.

“All the moms out there that had a tough pregnancy … have to come back and try to be fierce, in (the) middle of everything,” said Williams, who was returning from a long layoff after the birth of her first child.

Shoe giant Nike stuck up for Williams in a Friday night tweet.

“You can take the superhero out of her costume, but you can never take away her superpowers,” it read. 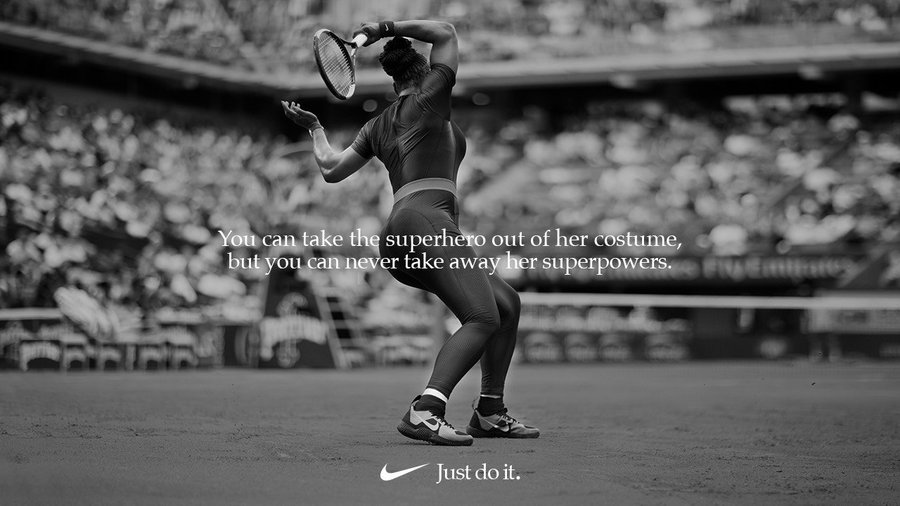 You can take the superhero out of her costume, but you can never take away her superpowers. #justdoit

“It will no longer be accepted. One must respect the game and the place,” said Giudicelli.

The new rules weren’t released, but Giudicelli says they won’t be as restrictive as Wimbledon’s all-white policy. 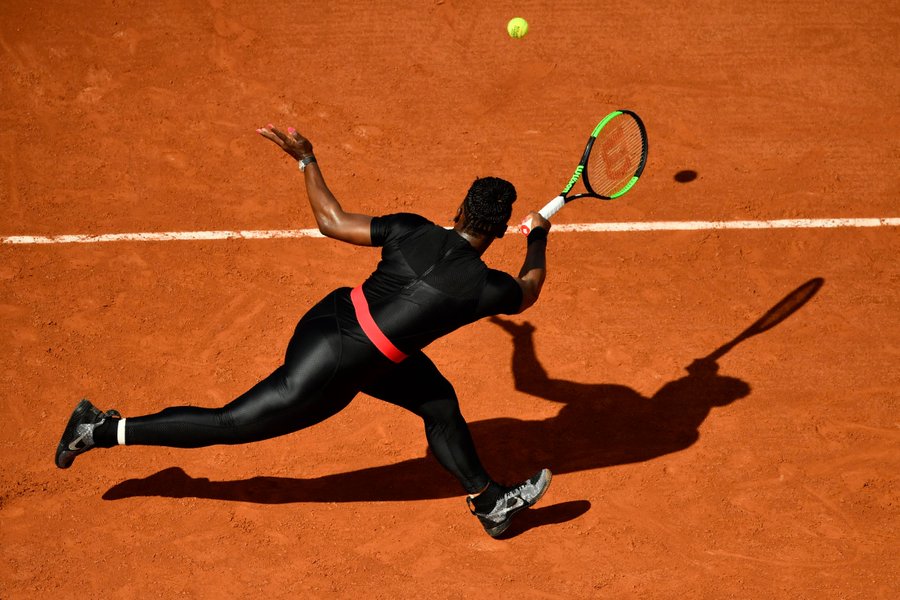 Not all superheroes wear capes. Ours certainly doesn’t.

“All the moms out there that had a tough pregnancy and have to come back and try to be fierce, in a middle of everything. That’s what this represents. You can’t beat a cat suit, right?”