Sudan has overturned the death sentence for teenager Noura Hussein who killed her husband after he reportedly raped her. View…

Sudan has overturned the death sentence for teenager Noura Hussein who killed her husband after he reportedly raped her. 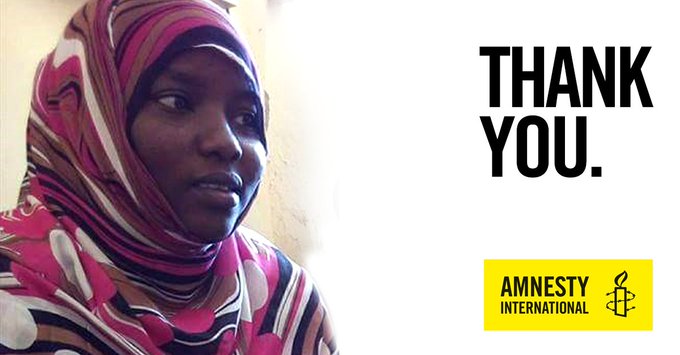 The 19-year-old has instead been given a five-year jail term for killing her 35-year-old husband.

The case has sparked international outrage and several petitions worldwide had called for her sentence to be dropped.

Noura’s family had forced her to get married at 15, but allowed her to finish school. Three years later, after a public marriage ceremony, her husband tried to consummate the marriage. After refusing to have sex with him on their “honeymoon,” she says he raped her as members of his family held her down.

A day later her husband tried to rape her again, and she stabbed him to death. When she went to her parents for support, they turned her over to the police.

Africa At a Glance

Africa At a Glance

Victory for Opposition Parties in Algeria as, Algeria President, Abdelaziz Bouteflika resigns after weeks of mass protests against his 20 – years rule.

How to arrange your surname, first name when writing – by Princewill Felix

Stop Praying for Singles to Get Married by Simi Olusola